Over the last three years steep peaks and valleys have typified price fluctuations in San Francisco single-family homes and condominiums. However, as extreme as these swings have been, several trends stand out. First and foremost, prices peaked in May of 2015 – for the time being anyway. They will peak again, we just don’t know if it will be later this year, or two years from now. Another trend is that since February of this year, prices have remained relatively flat. This is in stark contrast to the previous three years. This flattening of prices is not unexpected and is actually an indicator that we might be entering a healthy, more balanced market. Some refer to it as a “soft landing.” Finally, and this should not be a shock to anyone, prices generally peak in spring and fall. 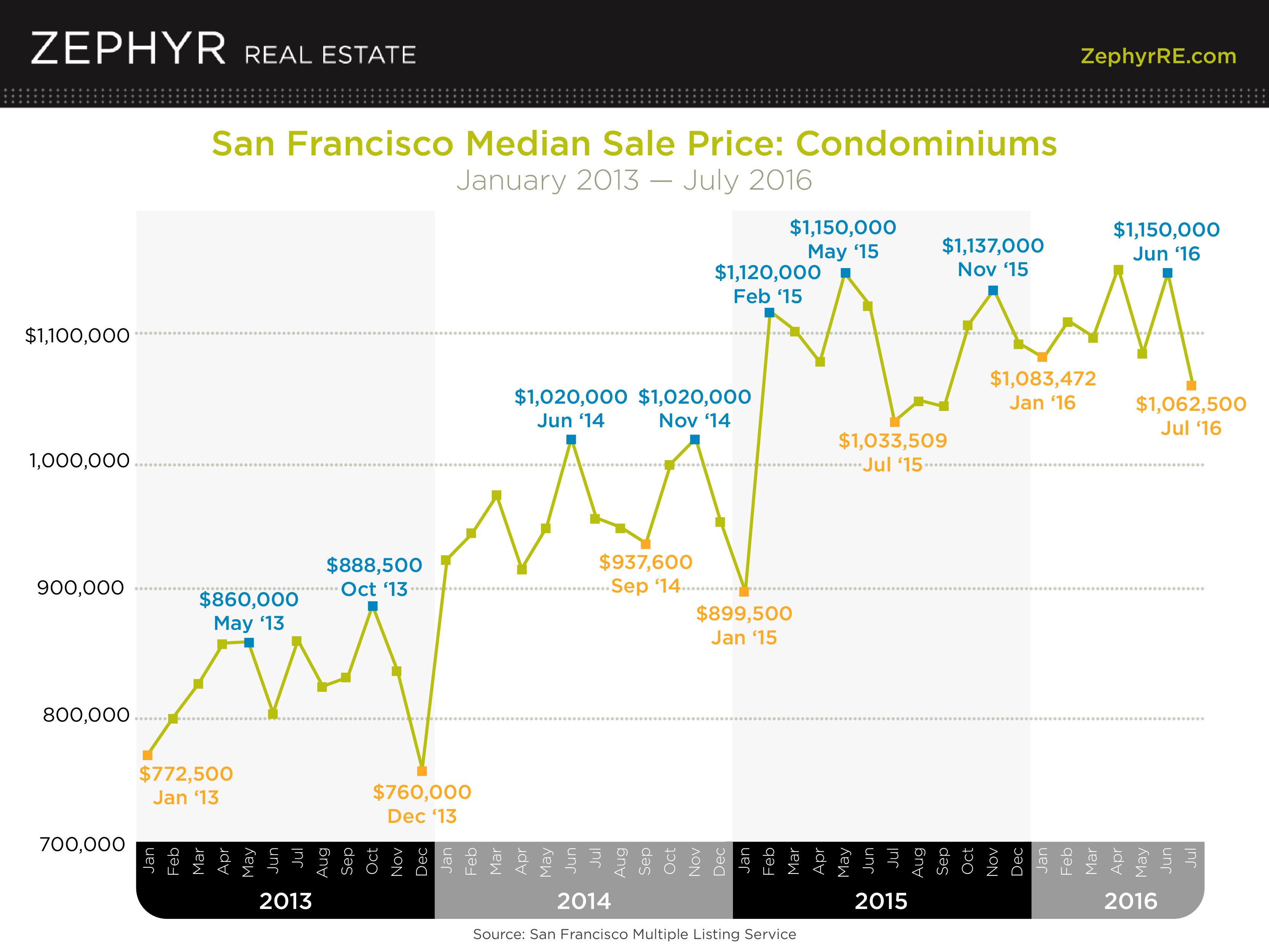 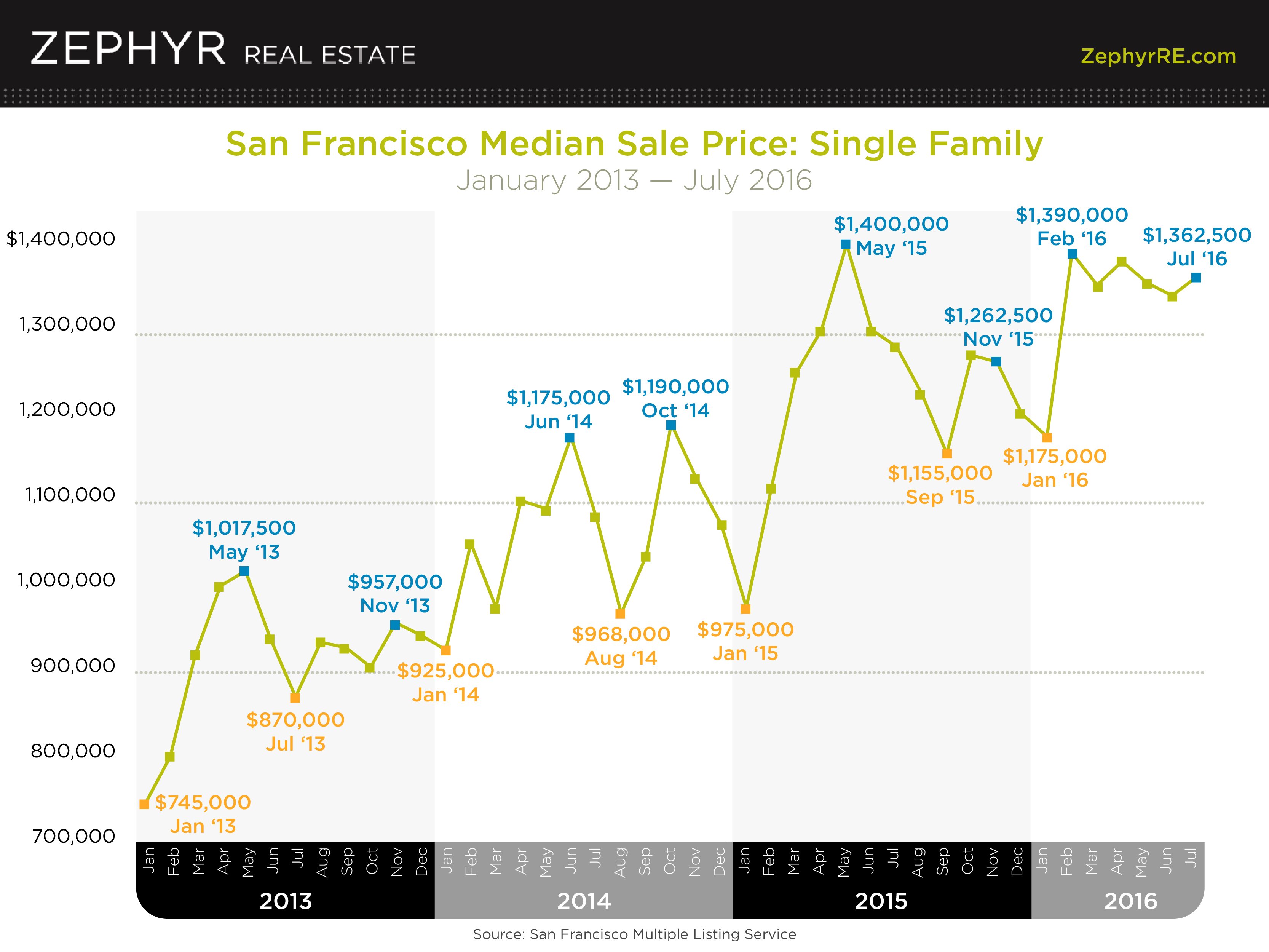